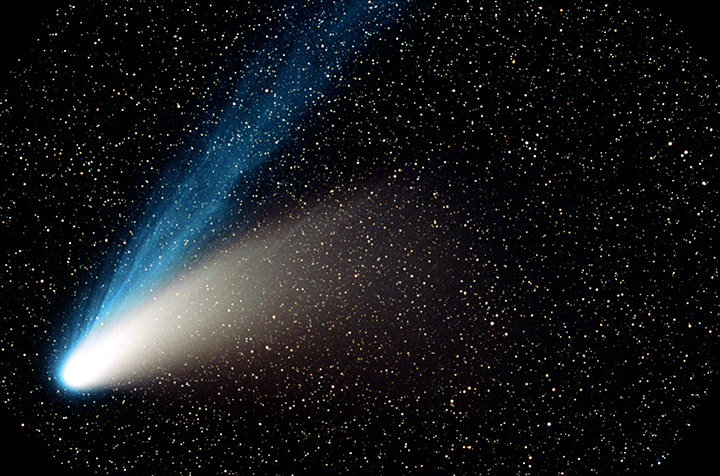 With any interest that deep dives into a passion or possibly a career, all it takes is one spark and the rest is history!

While I was blessed with what I would consider a “good” telescope for my first, I can admit that it was barely used for nearly 10 years.

As many parents are hesitant to get their children a {good} telescope for the legitimate fear of it collecting dust after lost interest, this telescope’s story is an example of one where a telescope gets renewed life after the user receives a new spark.

I was nine. I was highly interested in science, and was leaning toward Astronomy.

1996 and 1997 saw two great comets, Hyakutake, and the much more widely remembered Hale-Bopp respectively. It seemed everyone had a telescope pointing at Hale-Bopp, from the Riverside Astronomical Society, to my older sister’s science teacher! It was almost impossible to escape the hype around the “Great Comet of 1997!”

Because of the two great comets occurring over such a short period of time, I became so accustomed to viewing bright comets that my nine year old self thought “oh, these happen all the time, so wouldn’t it be awesome if we could have a telescope of our own when the next comet comes?”

I pitched the idea to my sister and together we convinced Dad to get us one; and it was NOT a cheap telescope that I warn about in this article! Dad got ours from a camera store, and says he spent around $350.00 in 1997, the equivalent of around $500 today.

It was a Celestron 4.5 inch equatorial mounted Newtonian reflector, which came with working RA and DEC setting circles and a clock drive. It gave us the high tech feel that we had just as good of a small scope as anyone we saw out in public with one.

Sure enough, when we first used it, we could see the familiar details on Venus, Jupiter, Saturn, Mars, and the Moon. I’ll never forget the first time I saw the rings of Saturn with my own two eyes, as my father got the scope pointed to what looked like a bright star in the sky, and he told me, “tell me what this object is,” keeping it a surprise for me to look through and shout, “It’s Saturn!”

Unfortunately, the telescope was never used to its capabilities for ten years, mainly due to none of us having any knowledge on how to navigate the sky, or where to find any famous deep sky objects. Despite being driving distances from the remote deserts or even to nearby rural areas around Woodcrest, never once did we ever think, “hey, let’s go to a dark location and try this out!”

And There was Another Problem!
Nobody Learned How To Properly Work The Telescope!

Either he didn’t understand the instruction manual, or it simply didn’t occur to Dad to polar align. Trees in the backyard also prevented him from having an easy view of Polaris. Unfortunately, not learning the one thing that would have fixed everything just turned into a snowball effect.

For my father, the telescope setup was too much of a hassle. Watching him painstakingly try to move the tube to the desired target, and then seeing him get frustrated when the object got lost due to poor alignment left a lasting impression on my sister and I. We were still kids; we didn’t know any better. Because we thought what we were witnessing was normal for telescope users, we didn’t bother to learn how to operate it ourselves.

The telescope would sit there in the back office like background furniture, and it would only be set up outside once in a blue moon to remind us we still had it. Many times, guests would see the scope in the back office and say things like, “oh that’s so cool you have a telescope!” and I’d think, “yeah, whatever… It never gets used!”

And then the inevitable happened: both my sister and I saw our interests shift to other subjects. My interest in astronomy and the sky was at an all time low at the turn of the century. Dad and I remember a night in 2001 when we were on CA 62 between Parker and 29 Palms, he pulled over for a few minutes to gaze at the sky full of stars and pitch black landscape to show how quiet, lonely, and dark the desert was at night. I freaked out after a few seconds; I wasn’t having any of it!

With no major comets appearing or any major celestial incentives, this 1997 Christmas gift was about to suffer the fate of all trash telescopes!

The Renewed Spark A Decade Later 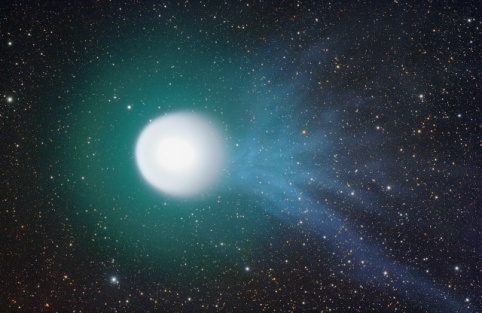 After the death of my oldest brother in 2007, I started looking towards the heavens again – both literally and symbolically. The heavens in return gave me an incentive. Comet 17P/Holmes had an outburst that October-November, and it became a naked eye object… if we were under dark enough skies. This was the spark I needed, as it had been ten years since I saw any comet in the sky!

I simply decided on my own that in order for me to find it this comet, I needed to learn the constellations and how to navigate them. Sure enough, I learned how to read star charts, and was able to find the comet with ease!

It also meant that for the first time in this telescope’s lifetime, someone was going to learn how to properly set it up and operate it!

Thanks to books, media, and college courses, my knowledge grew fast, and my love for Astronomy got rekindled. After laying mostly dormant the first 10 years, this telescope had a renewed purpose. As a result, it became “my telescope.” and because I now knew how to navigate the heavens under dark skies, it began to view star clusters, nebulae, and galaxies!

From 2007 to 2017, it went to Joshua Tree National Park numerous times, plus other dark places like the Hopi Reservation. Anytime there was a celestial event, this telescope was set up and ready to view! Besides family and friends, many random strangers also came up and looked through it if the scope was visible in a public location. Plus, I’d be lying if I didn’t say it chaperoned me on a few dates as well!

When I purchased my Orion 8 inch telescope in June 2017, the old 1997 Celestron was retired after 20 years of service.

The telescope itself is still in decent shape with good optics and the mount still works fine. While it’s no longer my main telescope, I still keep it stored in an accessible location, ready to be used for special occasions such as large public star parties and eclipse viewing events.

Cell phone shot of Sunset behind clouds over Ellendale, ND…
Earth’s shadow as seen from a plane!
Griffith Observatory’s Zeiss telescope - pointed west towards Venus, featuring the moon and Los Angeles skyline in the background.
While doing a back of house project which involves the telescope equipment, I took the chance to try and get a good shot of Venus through the historic Zeiss telescope… the key word is “try” as the atmosphere turbulence was too much to get a steady focus. Will try again when it’s higher in the sky.
“The Owl Cluster”
Cirrus clouds and first quarter moon, looking very “angelic”