During the summer months, we are looking towards the center of our galaxy, and from dark skies we are treated to the beautiful brightest parts of the Milky Way seen from earth.

High in the summer sky from June to July after sunset, this constellation can be identified by “the keystone” which the four center stars of the constellation form. The keystone is essentially Hercules body while his four limbs extend out of each corner. 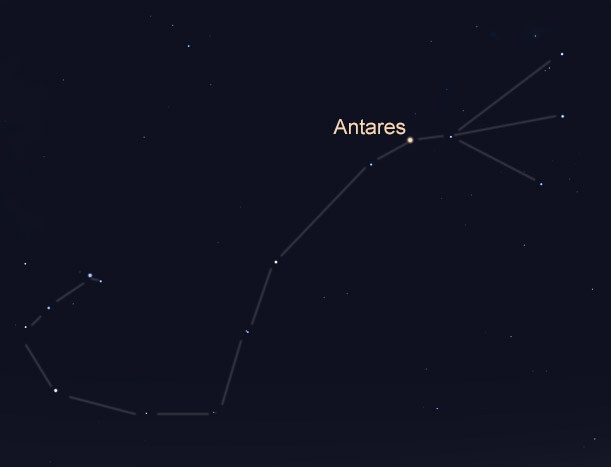 Best seen during the mid summer months, the stars of Scorpius actually form the picture it’s named after – a scorpion! Looking south, The brightest star, Antares, is a bright red super-giant star that forms the heart of the scorpion, while the bright stars to the right form the head and claws. From the left of Antares, the rest of the bright stars can be traced to form a tail and stinger!

Note: from higher latitudes, the bottom of the tail can get lost behind the haze above the horizon or dip below, so from North America this constellation is better viewed from latitudes south of 40°N.

Looking south to the left of Scorpius, this constellation is best seen during mid to late summer months at night, and is in the direction of the center of our galaxy. Because of this, the brightest parts of the Milky Way seen from earth are in this constellation – of course you need to be in a dark enough sky to see it! While the constellation is meant to be a centaur drawing a bow, the brightest stars that help form the bow and arms drawing it also form the shape of of a teapot, which makes it easier to identify. Because of the southern location, from mid northern latitudes the rest of the constellation that forms the body isn’t as easy to see behind the atmospheric haze.

As you scan north from Sagittarius, especially along the hazy band of the Milky Way, you will find another easy to identify constellation! The brightest stars of Cygnus form the shape of a cross, and are thus nicknamed “The Northern Cross.” The rest of the stars can also be traced to form the head and wings of a swan, which is what Cygnus represents. The tail is represented by Deneb, the brightest star in Cygnus.

West of Cygnus, you can find a bright blue star named Vega. It’s the brightest star of Lyra, and while the constellation is small, the brighter stars near it do form the shape of a harp, or lyre. However, to me it also looks like it forms a fish.

south of Cynus, you can see another bright star named Altair, which is the brightest star of Aquila. Altair is part of the head of Aquila, and the rest of the stars form an eagle, with wings and a tail.

One of the fun thing to do is take a set of binoculars, or have your telescope set to low power, and scan the summer Milky Way! You can see many clusters of stars that can’t be resolved with the naked eye. Give this a try if you haven’t done so!

You can find this globular cluster in Hercules, and through a telescope it initially looks like a dim dirty snowball, but sharp eyes may be able to resolve individual stars. Long exposure of course brings out the rest of the cluster. 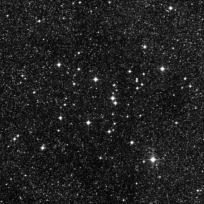 You can see this open cluster as a brighter smudge of the Milky Way near the end of Scorpius’ tail. Through binoculars or a telescope at low power, you can easily see this beautiful cluster fill up your view.

Because of the southern location in the sky, you can only see this cluster when Scorpius’ tail is high enough above the horizon, as it is further south than M7. But through a telescope, you can see why it’s nicknamed the “Jewel Box” because of the different colored stars within this open cluster. I’m featuring it because it is one of my personal favorites to show through a telescope. 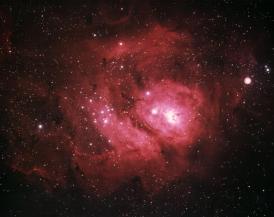 With a good eye, you can see this nebula with the naked eye, just above the “spout” or bow of Sagittarius. Through a telescope, the gas cloud can be seen as a grayish oval smudge with a cluster of stars and core in the middle, but long exposure can bring out the pink color.

You can find this planetary nebula in Lyra. This is essentially the aftermath of a red giant star after it has shed out all of its outer gas layers before becoming a white dwarf. While it does appear gray to the human eye, you need a telescope of at least 3 inches to even glimpse the elliptical shape. 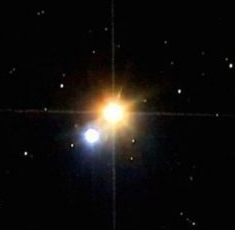 This star, at the “bottom” of the northern cross directly opposite Deneb, can be easily resolved at low power to see a visual double star. The main star is orange, while the other star is blue. I’m featuring this because it is one of the best color contrasts you can see in the night sky.

Messier 100
Caught a halo around the Sun as the cloud covered it, and a bird flew right into the frame. The dome below is the Samuel Oschin Planetarium
Messier 13 - the Hercules Globular cluster
Don’t forget your UV flashlight! Besides using them to make my glow tape on my telescope glow in the dark, they can be used to find scorpions in the desert, which have a special enzyme in their exoskeleton that causes them to glow in the dark under UV light.
Can my telescope take pictures of distant objects on the ground? Of course it can!
M64 - the Black Eye Galaxy