In this post, I answer some of the most common myths regarding astronomy. They can be about certain stars or constellations, popular misconceptions about telescopes,or things in general regarding the earth and the sky.

The North Star is the brightest star in the sky.

Polaris, currently our north pole star, is actually quite average in brightness. From a city it’s barely visible, and there can be as many as 48 stars that are brighter. Still, many people were taught this in schools for some reason, and there were many TV shows and movies that also said “the North Star is the brightest.”

However, while all the other stars in the sky appear to move due to Earth’s rotation, Polaris does not appear to move that much in the night sky due to its position near the north celestial pole, making it easy to use as a navigation tool.

Magnification is the most important aspect with a telescope.

People ask me all the time “what’s the power?” without even knowing what that means. While I can magnify as much as I want depending on the eyepieces I’m using, I’m often dealing with the atmosphere limiting useful magnification to a lower power, and if I magnify higher than what the telescope is capable of, it just appears mushy and distorted.

What people should really be asking is “what is the aperture?” It’s how much light the telescope can gather that makes it an effective telescope! Do not be fooled by the “500x magnification” advertisements you see on the box of a small telescope from a department store!

Astrology and Astronomy are the same thing.

Still, because of the English language, people still confuse the two words, and I can’t tell you how many times people mistakenly call me an astrologist at Griffith Observatory, even going as far as asking what my star sign is. I’ve even been asked “do you guys dress up in robes and do pagan rituals?” Many don’t realize that their actual “star signs” are outdated by 2000 years!

I’m not against people who are into astrology but as long as they understand the huge differences between the two, then we are cool.

The stars are reflecting the Sun’s light

Even if I explain that the Sun is actually a star, there are plenty of people who think that the stars at night are simply reflecting the light from our Sun. I’m not entirely sure where this idea came from, but I’m sure it exists among those who don’t believe in an expanding universe.

Some people can’t initially fathom the idea that if our sun is a star, and if a star is a sun, those distant stars we see at night are actually distant solar systems giving off their own light trillions of miles away!

Flying through an asteroid field is dangerous

This concept has been in many science fiction movies (Star Wars, anyone?), and perhaps in other solar systems this can be the case. But not ours!

Objects look the same in telescopes as their pictures.

Only the moon and Saturn look just like their pictures. Jupiter comes close with the cloud bands, great red spot, and some of its moons being visible, but that’s about it! People expect the other planets to look amazing, but they’re so small and/or far away that it’s hard to see any detail on them.

Galaxies often look very dim and unstructured, and nebulae appear grey to the naked eye, not even close to the colorful pictures that long exposure photography showcases. But still, when people realize what they’re looking at, they can still be amazed by what they’re seeing.

The Sun is yellow

This one is simply based on our observations from Earth, and how the Sun is often portrayed in art. The reality is the Sun appears yellow due to our atmosphere scattering light – the same mechanism that gives the sky the blue color.

If one were to go into space, outside of Earth’s atmosphere, the Sun would appear to be creamy white. Ask every astronaut who has space walked or even been on the Moon – they’ll tell you the same thing!

The seasons are caused by Earth’s distance from the Sun

While yes, the Earth is on an elliptical orbit, you would be quite surprised that we are actually closest to the Sun during the northern winter time! 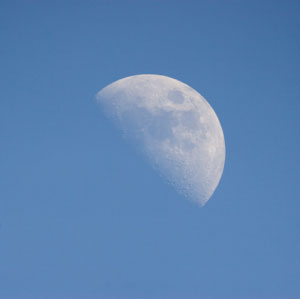 The moon can only be seen during the night

Well, then why is it that sometimes I can see the moon plain in sight during the day? The moon has different rise and set times depending on its phase. When the moon is closer to the Sun, it may be harder to notice because of the Sun’s brightness, but it’s definitely up there. As its position changes to be further from the Sun, it’s much easier to spot.

Because the bright daytime sky looks empty due to all the scattering sunlight, People are often just too busy with their daily routines to look up, hence they don’t notice when the Moon is up in the sky during the day.

There are no other habitable planets in the universe .

Now, it is true that we have not had any direct proof or contact from extraterrestrial life.

Imagine everything from that last paragraph, but in 100-200 billion other galaxies spread out in an expanding! Whether we believe the universe was intelligently created or not, it’s still impossible to think that we’re the only ones who exist! 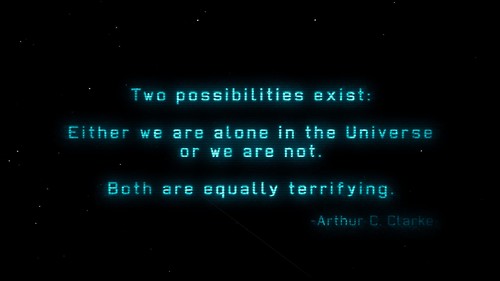