Telescopes equipped with computerized GoTo software have become increasingly popular, and because the technology has improved, their prices have gradually gotten lower to the point where even beginner level telescopes can be equipped with them. While they are indeed handy, you do need to realize the following key things.

A Manual Telescope With a Motor Drive is NOT the same as Go-To!

You can get equatorial telescopes that are equipped with a single axis motor drive. What a single axis drive does is constantly spin the RA clutch gear, keeping the telescope moving along with the Earth’s rotation. A dual axis drive allows you to make fine adjustments with both RA and Dec. axis with a hand controller.

The main thing is you still have to manually move the telescope to the object you want, and then the motor drive stays with it. Having a motorized clock drive is handy for viewing, and still allows you to practice moving the telescope manually. No software is involved in this case!

The Lowest Priced Go-To Telescopes Are Sacrificing Aperture For Technology

The lowest and most affordable priced Go-To telescopes have a very low aperture – light gathering power. That means you won’t have great ability to resolve finer details, and thus you won’t be able to magnify that high. For many of the dimmer deep sky objects, you won’t be able to collect much light to see them, causing you to wonder if the telescope itself is accurately pointed at the object! 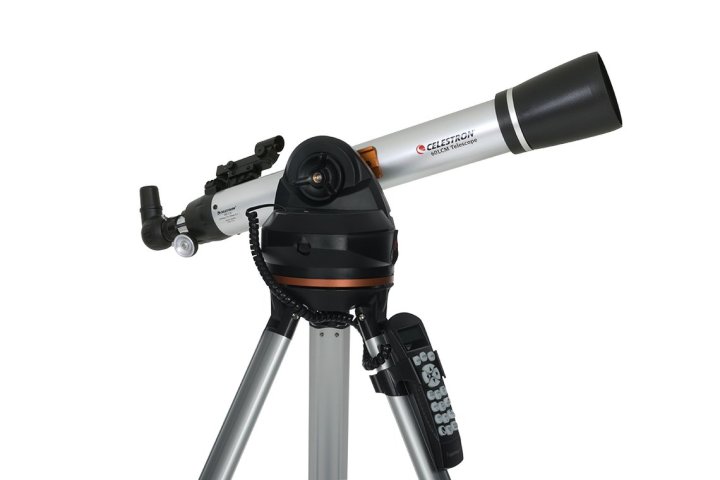 So yes, you’ll have thousands of objects available at your fingertips, but it doesn’t mean you’ll see them very well! For the same amount of money, you could have gotten a non-computerized larger telescope with better views… oops!

If you saved up the money and decided you want to get a Go-To telescope, you also must realize that they require much more power. Go-To drives consume batteries pretty quickly, meaning you’ll need to keep restocking them, use chargeable batteries, or rely on a better power source.

Unless you can find observing sites with outdoor electrical outlets, then portable battery power devices are a must if you purchase a computerized telescope! They’ll give you the power you need to observe all night, and even have outlets to power up other devices like your laptop and phone. But the downside is these devices are usually not cheap!

The Setup Processes Can Be Confusing

Yes, once everything is set up, in theory it should know where everything is, and then go to the object at a push of a button. The included GoTo Software often has several set up options, and all of these require a knowledge of what is in the sky for them to work properly. Some alignment procedures require you to know your cardinal direction points as well, and if you’re off too much, then the alignment won’t be accurate. You will also notice more “drifting” of the object the less accurate your alignment procedures are!

Having a Go-To Doesn’t Automatically Make You An Expert!

Once someone acquires one of these telescopes, they can grow a sense of smugness, like “yeah, I graduated past non-electronic telescopes, I must be an expert now!”

Do you know how to read star charts? Do you understand star coordinates and how to use them? Would you even be able to find the object if you could only rely on manual slewing?

If you know how to work a GoTo telescope, but you cannot find objects without relying on the computer, then you may be a seasoned Go To Telescope user, but a true stargazer you are not!

This article may seem like it’s discouraging you to get a Go-To telescope altogether, but it’s mainly to discourage you from jumping into getting one! There is a time and a place to get one of these telescopes and show them off at public star parties, and that is only after you’ve proven you’re seriously into it!

I myself DO HAVE a Go-To drive equipped with my home telescope. However, I didn’t get it until two years after I got the telescope, as I purposely made sure that I didn’t upgrade until I had learned everything I needed to learn beforehand!

But the main reason why I eventually upgraded was for astrophotography purposes.

Go-To Telescopes, even those equipped with automated “tours,” are nothing like learning the night sky on your own. Being able to cycle through the objects will lose any sense of accomplishment from learning. It’s super important to learn the sky first before getting one!

But once you’ve learned all the proper steps, then you’re absolutely ready to get one! Just don’t forget the skills you learned prior!

And if you have managed to get one, yet you’re still considered a beginner, by all means, USE your telescope. But make sure you learn how to read star maps, and learn where things actually are, that way when the scope doesn’t automatically work, you can find it yourself!

The Fireworks Galaxy
Don’t forget your speakers when you stargaze!
Totality to end of totality…
Pre-totality pictures.
The full “Flower Moon” after eclipse…
Mid-Eclipse…