There are three main reasons why you would want to get into astrophotography.

The first reason: you know someone and have seen their pictures, especially if the pictures are as good as any that you’ve seen.
The second reason: you have observed in telescopes as far as your eyes can see, and are ready to take your observing to the next level!
The third reason: you yourself are already a photographer in your own light, and want to start taking pictures of the sky.

Astrophotography is practically a new level of observing the sky. While you may not be directly seeing the object with your eyes, your camera will reveal things that you previously couldn’t see! Plus, it’s YOUR equipment that makes this possible!
When you get the focus precise, the exposure settings, and the object(s) in the correct spot for the image, astrophotography is a rewarding experience!

When looking at the deep sky, even with larger telescopes under ideal skies, you can get disappointed because they don’t look like the detailed colorful images you expected. This is by sheer virtue of the objects being too far away, and your eyes not adapting to color in low light settings. Your eyes constantly shuttering like a camera at 1/50th of a second on average… therefore your eyes can only allow so much light.

Cameras work similarly to an eye, except they have one major factor – you can set their shutter speeds as long as you want! Therefore, they allow much more light to accumulate their sensors than a human eye ever could – revealing details that you previously could never see!

As far back as the late 19th century, astrophotography became the preferred research tool for astronomy, and it is still done today for data analysis as well as new discoveries.

Many professional research telescopes are strictly cameras – for example, the 48 inch Samuel Oschin Telescope at Palomar Observatory. Remotely operated by Caltech in Pasadena, it can survey and photograph the entire sky in three days – of which small changes days apart can be detected and further analyzed with their 200 inch Hale telescope. This is how KBO’s like Eris and Sedna were discovered!

Don’t Buy The Equipment If You Don’t Intend On Using It!

A huge pet peeve for telescope users, and astronomers in general, is hearing about someone else’s telescope equipment collecting dust. Yours truly has guided people to the right kind of equipment needed for what they want to do, but then nothing happens. They try it, and then get frustrated their images aren’t there yet, and then stop.

Life events (work, home life, etc.) can also prevent you from investing the time and effort, which is understandable.

The other thing is while visual telescopes alone can be expensive, adding an expensive camera to the budget, plus other accessories (adapters, guiders, filters, etc) needed to achieve the images you are going for takes more money out of your pocketbook.

Image Processing is Your Friend!

Using Jupiter as an example, Certain exposure times will bring out details on the planet Jupiter, but underexpose the surrounding moons. Then you get the right amount for Jupiter’s moons, but then planet itself is overexposed. There is no rule against having Jupiter and it’s moons look correctly, especially if you’re trying to capture how your eyes see it!

The left image above is a single 15 minute sub exposure, and the image to the right is the 64 minute stacked image after all the individual sub exposures have been combined.

Nearly all shots have been processed in some way, and more often than not, pictures of anything are stacked composites.  This is done to reduce the noise, make objects look sharper, and to bring out the details you’re showcasing. When it comes to the finished picture, it doesn’t matter what you did to fix it, it only matters how it looks!

There’s No Wrong Way To Shoot The Sky!

There are numerous methods that can be done, but it all starts with what camera you have. Even your smartphone can now be used as a tool to get started!

Smartphones, especially from Samsung, are getting more sophisticated with their cameras, having just as many, if not more megapixels than expensive DSLR’s! Models like the Huawei P20 have proven to be capable of doing basic shots of the Milky Way!

I myself still take solar, lunar, and planetary pictures with an iPhone; heck, my video of the 2017 Solar Eclipse was shot with one adapted for use through my telescope! I have also done live streams of Lunar Eclipses and the Mercury Transit of 2019 on Facebook Live using the same set up.

It all depends on what you want to do! 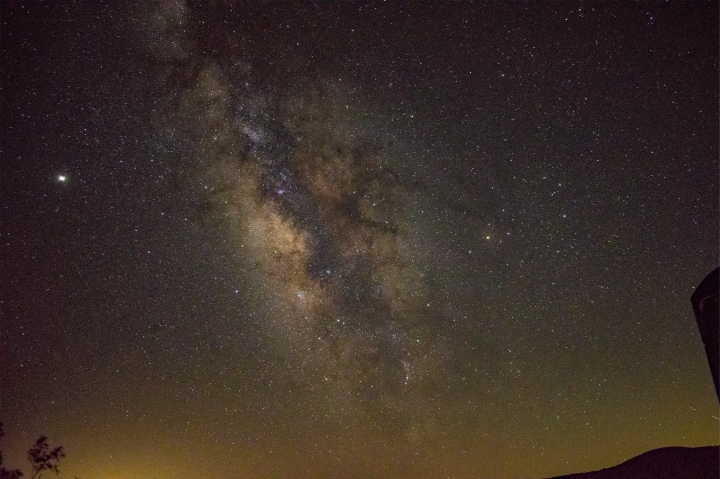 Basic night photography doesn’t require much equipment except a camera and a tripod to hold the camera steady for a few seconds. Basic shots of the Milky Way, which depending on the f-stop ( can be achieved with only 15-30 seconds exposure before the stars show trails – the lower the f-stop the longer you can expose… no tracking needed! Of course, having a tracking mount enables excellent wide field photographs, especially for meteor showers.

Having your camera piggybacking on top of a telescope with a telephoto lens not only reduces the need to buy another tracking mount, but it allows you to achieve photos of deep sky objects that are too large through your telescope’s more narrow focal length.

Most pictures showing colorful nebula or detailed galaxies are achieved with this method. This method doesn’t use the camera’s lens, but uses the telescope itself as the camera lens, coupled with the light gathering power of that telescope! This technique takes some practice to get high-quality images. And because you’re shooting at such a long focal length, a stable, well balanced, polar aligned equatorial mount is required!

Have you put your smartphone up to your telescope’s eyepiece and taken a picture of the Moon? Congratulations, you’ve done a picture using the afocal method! This is good for wide shots of large bright bodies like the Moon, or bright planets. Adapters that steady your camera (or smartphone) to the eyepiece are the key! 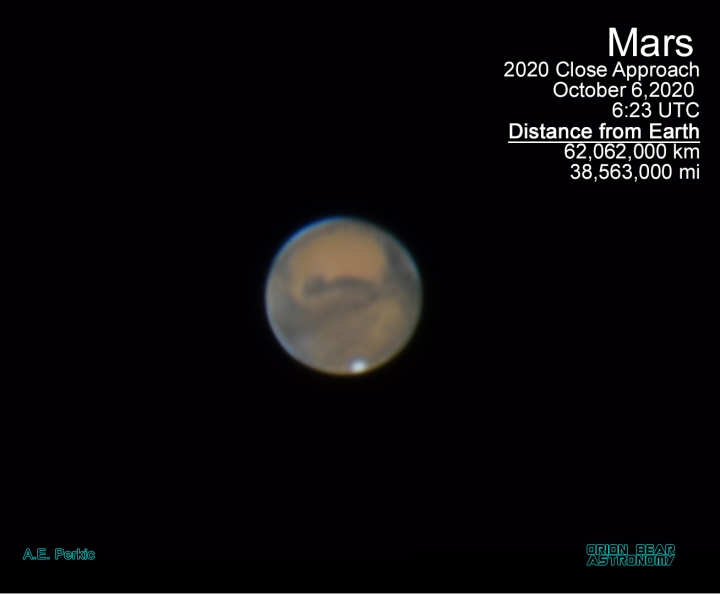 While it’s similar to the afocal methid, this is achieved by using a special adapter that projects the light from the eyepiece directly into a DSLR’s sensor. This is a method mostly done for high magnification shots of the moon, planets, and double stars – so steady air will be needed!

The only way to get better is to keep shooting! Everyone starts with an out of focus test image, or an image that looks amazing in the 2 inch preview screen, but clearly shows blurry or grainy objects when viewed on a larger screen.

This is a new level of observing, and you’re only going to get better with each shot! Thanks to the digital age, you can take thousands of shots, and always find a hidden gem or delete the bad images and try again!

Sometimes, the simplest shots are the best, and you’ll find that there’s people who love different images. Many of my best images are “lucky” shots where I have the correct amount of exposure, light, and barely have to do any processing to polish it.

You can decide right away what you want to specialize in! Some people are more into the art of prime focus photography, while others love to showcase the solar system. Whatever method you choose, you’re part of the community that wants to showcase the wonders of the heavens, and help casuals see the awe of universe the way we think of it! 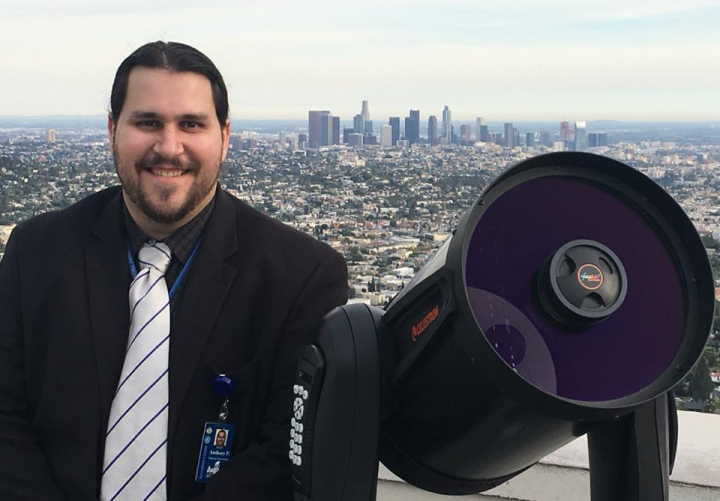 Everything I do for Orion Bear Astronomy is free, but a donation is always appreciated! The donations go towards equipment, website costs, and outreach events!