This one is a common mistake. A lot of people don’t know that it is considered rude, and are unaware that it ruins their dark adaptation.

When I’m in public, people often like to take pictures of their loved ones looking through the telescope, and thus their flash gets used. It doesn’t matter how many times I’ll say “no flash photography;” someone will still shine their light at us.

If someone attends a star party, they will be told at a certain point, “red lights only!” And if you suddenly shine a bright white light at someone observing, especially while the rule is implemented, then expect to get yelled at!

Grabbing the Telescope and Moving it Way Out of Alignment

It is a natural reaction, as people are trying to find where the eyepiece is in the dark. Most people are good about it when instructed, “don’t grab,” but language barriers prevent everyone from hearing me.

I’ve had someone grab a C11, loosen the clamp that holds the telescope in place, and try to view it like it was a coin operated telescope you see in parks. Other people have grabbed the tube of a small Questar and tried looking through the front of the tube because they weren’t sure where the eyepiece was. Again, they didn’t ask for help, they just put their hands on the telescopes like an impulsive child going after Halloween candy. Seriously, do they not have any respect for property that isn’t theirs?

Lets not forget the kid who purposely pushed my telescope out of alignment during the 2017 Solar Eclipse when I was less than a minute away from totality! He was told several times, “don’t touch it,” before he pushed on the tube, saying, “you mean like this?”

So please, if you want to tick me off, then please put your hands on the telescope!

Turning Everything into a Uranus Joke

Now, if I am personally showing planet Uranus to the public, then it’s only natural for me to do a joke or two, but only at the request of eager people in private. Regardless, I do make it clear on how Uranus is supposed to be pronounced. If you’re an astronomer, then they’re YOUR jokes to tell!

However, there’s always those who want to be a smartass when I’m NOT focused on the planet. First I’ll encounter a person who will say, “can you show me Uranus?” just because they think it sounds funny. Then I’ll get people who will try and turn every fact I say and make it into a joke about Uranus. It’s usually a guy trying to impress his friends or his date.

I don’t encounter them as often as you may think at the Observatory, but if I do, they won’t get yelled at, but they will at least be told, “yeah, you think we haven’t heard those jokes 1,000 times already?”

“The Moon Landing Was Faked!” 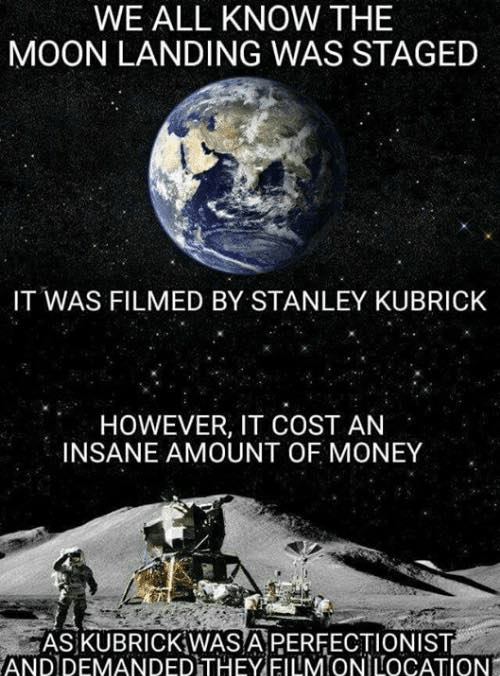 There are a ton of conspiracy theories and thanks to the internet, anyone can learn the information on these leading theories and decide for themselves what they want to believe.

Neil deGrasse Tyson has said in numerous interviews, “We went to the moon NINE TIMES, so we’d have to hoax going to the Moon NINE times! Do you realize what that would take? It would be so hard to fake a Moon landing that it’d be easier to just… go!”

No self respecting astronomer believes the Moon landings were a hoax. Most importantly, we can provide proof by simply showing people the images taken of the landing sites as they are today by the Lunar Reconnaissance Orbiter. But if you’re going to see those images and still decide, “they’re fake! NASA and the government are lying to you, blah blah blah!” then we honestly have nothing further to say.

Asking, “What Can You Tell me About Nibiru?”

This one still creeps up from time to time, but it was more prominent around 2012 when people believed the world was going to end on winter solstice that year.

Nibiru is a supposed planet sized object that is about to have a deadly encounter with Earth. Despite it being debunked by leading astronomers, the Nibiru cataclysm still pops up whenever a news making object such as a comet appears in the sky.

Even years later people still call Griffith Observatory and ask the guides about it! I was once standing right next to a guide get in an argument over the phone with someone calling about it, with the caller saying, “look it up, it’s in the Bible!” before they hung up.

Well, it’s NOT in the Bible. I checked! 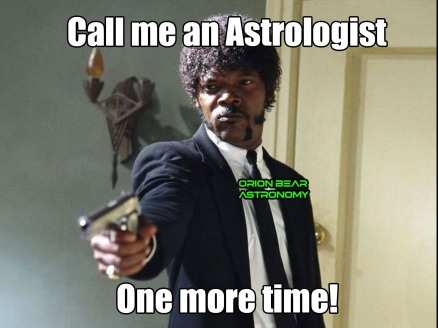 It depends on the situation, as sometimes it’s an innocent mistake with people confusing the two words, and for that it’s solely the English language to blame.

But even at the Observatory, I’ll get asked, “what’s your star sign?” by people who sincerely think we are astrologists, and it gets irritating the more they press on about it. Most who ask “what’s your sign?” don’t even know how Zodiac dates work, and if they’re open to learning, are fascinated to find out that what they believed was their sign is not actually their sign anymore.

Now am I against genuine astrologers? no. And I will also tell people that when I say, “As long as they understand the differences between the two fields, then I don’t have a problem with people interested in astrology.”

Adamantly saying, “The Earth is Flat!” 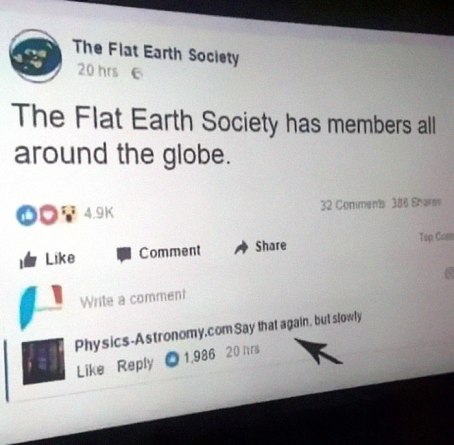 Just like Moon landing conspiracies, the internet is to blame for the spread of Flat Earth believers. You can find countless YouTube channels and websites dedicated to preaching about Flat Earth.

Unfortunately, telling an astronomer that the Earth is flat is going against everything that astronomy stands for! The motions of the Sun, Moon, planets, and stars as seen from Earth have all been scientifically proven with the heliocentric model, along with the math and physics to back it up. Their pseudoscience claims that prove a flat earth have been debunked countless times due to them showing they have absolutely no knowledge of the cosmos, but every time that happens they simply shift the goal posts.

When you add that many flat earth believers often say that “NASA is a globalist lie and you’re being deceived,” they just become people that for your own sanity you try and avoid them as much as possible.

One thought on “Seven Ways To Piss Off An Astronomer”