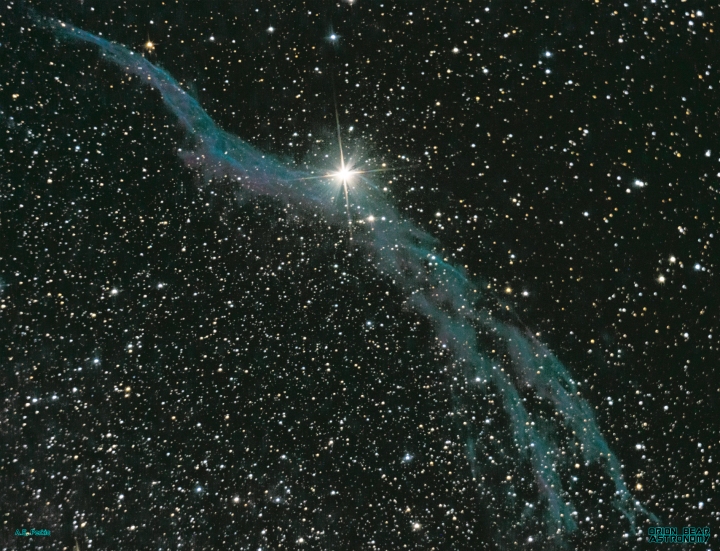 This was the first time visiting Cottonwood Campground in Joshua Tree National Park since December 2019. The entire park was shut down during the height of the Covid-19 Pandemic. While individual campsites were available on June 14, the group sites remained closed as per social distancing guidelines, and the individual sites were not accepting online reservations yet.

While plenty of individual sites were available, I chose to park and setup in the parking lot next to the Picnic area.

Being one of the many times I simply got “the bug,” the intention was simply do what I call a “short hop” – do a few images, and then head back home to Woodcrest. Compared to the many trips to Rice and Amboy Crater that I’ve done the past few months during the pandemic, a less than 2 hour drive is definitely a relief!

The sky itself still looked remarkable. One thing I can definitely compare between a Bortle Class 3 and Class 2 (Rice/Amboy) is the sky feels more “blackish blue” in a Bortle 3 than it does for a Bortle 2. While the Summer Milky Way doesn’t cast shadows, it still looks remarkable when high up. Cottonwood Campground still proved to be an excellent stargazing site for outreach events!

The funny thing about this night is how it turned out. While setting up, a car pulled up and called me over. The gentleman asked, “hey, we’re from Los Angeles and we were looking for a place to stargaze.” I responded, “well, you are in a great spot! Did you bring any equipment?” “No, we just wanted to come out… we saw your telescope and were hoping we could see something.” “Well… I’m actually imaging for work tonight and not necessarily out to present, but I’ll gladly show some stuff!”

Turns out the gentleman was also an amateur astronomer hobbyist who owns a Celestron CG5 mount with a 6″ Maksutov! He was seasoned enough with knowledge of Messier and Caldwell objects, and what impressed me when I picked his brain was when he answered correctly how much more light an 8″ telescope collects compared to a 6″ does – that’s definitely not a question a casual observer would be able to answer! While not an astrophotographer, both his wife and I encouraged him to possibly get into that world, as it was proven he’s seen as far as the eye could see through his scope, and he has a good mount to start with!

I spent a good hour or two with this couple operating the scope and showcasing the best of the bright deep sky that we could see in June. M57 – the Ring Nebula, impressed me the most – it actually looked as good as I’ve ever seen it in a Bortle 2 sky!

He and his wife were just hoping to find and connect someone out in Cottonwood that can share experiences, and of course they just so happened to connect with me. Looking forward to hearing from them in the future – we may have another telescope operator for big events!

After they left, I was able to start imaging. Unfortunately, once more the optical tube assembly was too much weight for the SkyView mount again, as the backlash problems were apparent in the images.

However, I managed a few decent shots of M11 – The Wild Duck Cluster, M27 – the Dumbbell Nebula, and a part of the Veil Nebula in Cygnus. I wanted to get a  shot of a comet near M109 and Phecda (γ UMa) in Ursa Major, but the backlash problems were worse for western shots, thus there was no way I could get any decent exposure times. I had an entire composite sequence planned but it just wasn’t going to happen on this night. When shooting objects that were east of the Meridian line, the autoguider and backlash problems would pick and choose when they decided to work – hence I managed to get what I could get!

So while it may not have been the most productive imaging night, connecting with the couple who just so happened to run into me, and providing an experience for them more than made up for it. It seems like that conscious decision to go out was not necessarily meant for my photography, but for the couple instead – only I didn’t know it until it happened.

To the lovely couple who got my card, I’m looking forward to hearing from you guys again!

Jupiter (top left) and Saturn (top right) above the observatory
Well… what’s wrong with this?
Leftover tropical moisture gives amazing lighting and sunsets over LA
The approaching storm over the Observatory
Tropical Storm Kay, winds howling at @griffithobservatory
To quote the late great Sam Kinison, “come here, you see this? This is sand! You know what it’s gonna be 100 years from now? It’s gonna be sand! You live in a DESERT!”