Perhaps third time is the charm, since we had to potential comets that came and went throughout the spring.

Comet C/2020 F3 (NEOWISE) was discovered this year on March 27, about the same time as skywatchers were checking out and photographing (ATLAS) and (SWAN) in the sky. So while we were checking out those comets, this sneaky comet seemed to come in out of nowhere and put on the show we’ve all been itching for!

As it was on its way to reaching perihelion on July 3, those who kept their eyes on it expected it to be visible to the naked eye if it survived its closest pass around the Sun. By late June, it was as bright as magnitude 3, and currently most estimates in the immediate days after perihelion are around magnitude 0.

What does that mean? It means I bring good news! The Comet IS VISIBLE to the naked eye!

I have personally seen it myself! It’s not very often you can take a picture of a bright comet with just your cell phone, but as long as (NEOWISE) remains bright, this will be very possible!

Unlike that over-hyped July 4 penumbral eclipse that got every casual viewer’s attention (and utter disappointment to those who didn’t understand what “penumbral” meant), this is something actually worth checking out if you love comets and/or like seeing nice things in the sky! 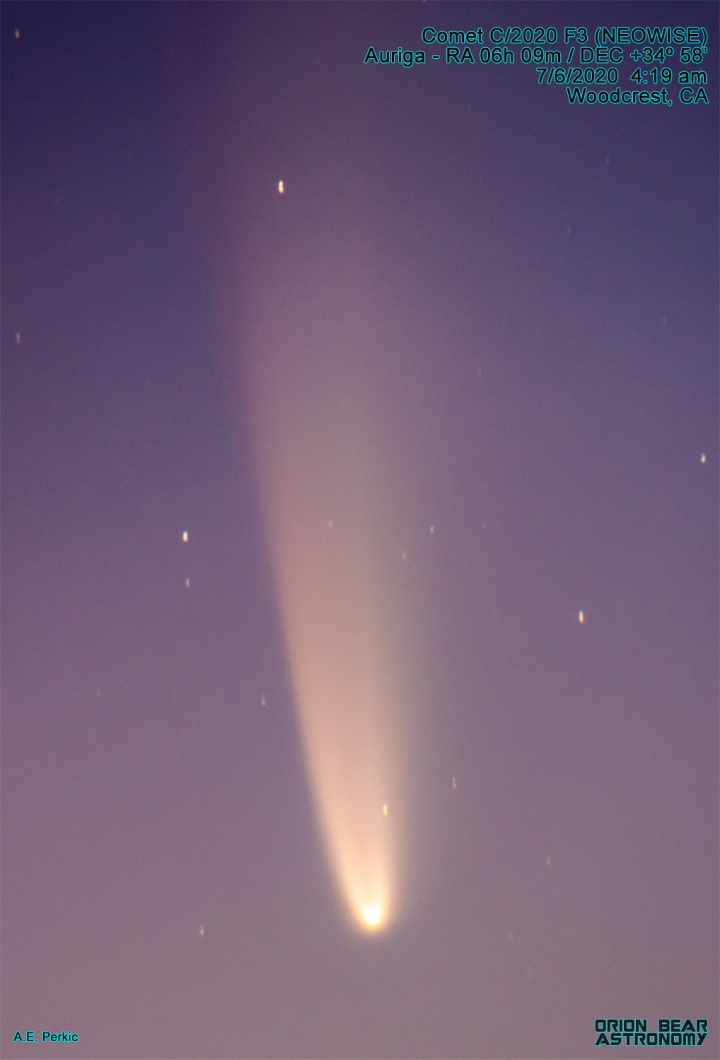 Okay… How Do I See It And How Long Will It Be Visible?!

You just need a clear unobstructed view of the Northeastern sky just before sunrise. Many have spotted it through the morning twilight!

Because it’s still hugging the Sun for the next few days, the window of time to be able to spot it with the naked eye is only about 30 minutes or so before the twilight glow is too bright. On July 4-6, it was as bright as planet Saturn appears to the naked eye, and the tail looked impressive to me – though if you’re expecting it at the super bright levels of Hale-Bopp, then you’ll be disappointed.

To catch it like I saw it within the next few days, you will need a northeastern horizon as unobstructed and free of haze as possible. Are there tall mountains, trees, or structures in the way? Might want to move away from them so they don’t obstruct! But once the comet is up, it should be quite obvious it’s there!

If you can’t quite see  it with just your eyes, binoculars and telescopes will be able to pick it up rather easily. The tail is easily visible, and a telescope can show a bright coma as well! The comet was bright enough for the tail to be seen through my Nikon’s live view mode – making this a very easy target! 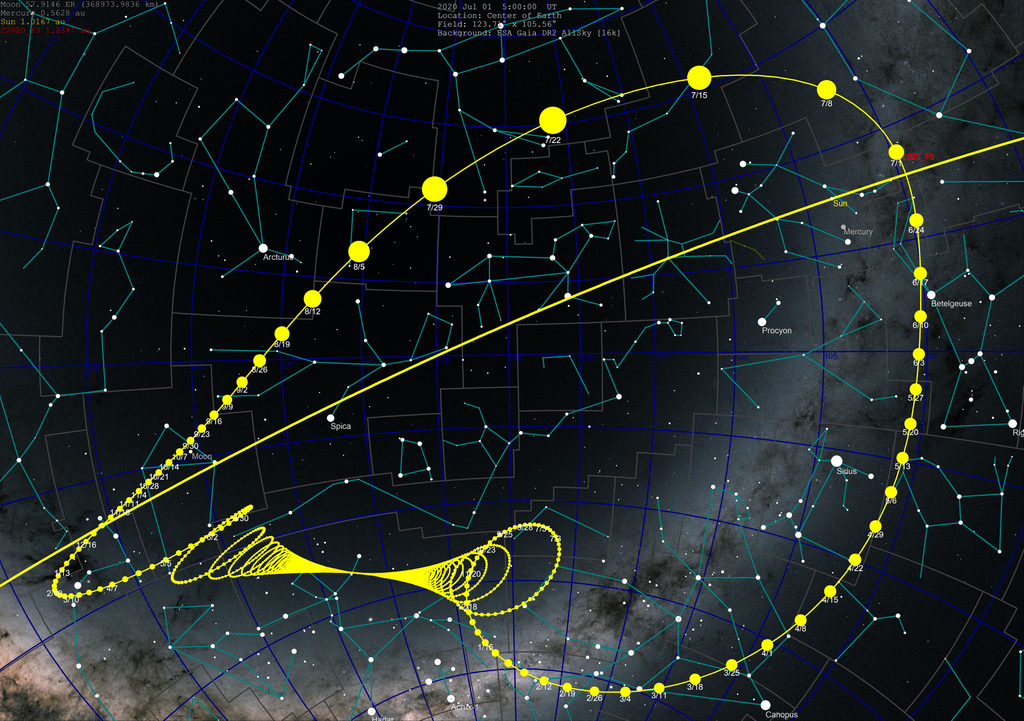 After that, the comet is expected to get less bright as it moves further away from the Sun, however, it will get higher in the sky, and should be a decent target throughout the month of July and into August as it transitions from a NE early morning target to an NW dusk target.

Go outside and check it out!

Go to TheSkyLive’s dedicated page for this comet to get up to the minute results on how to find it!

Earthsky.org’s page about the comet

P.S. – If you’re wondering why media outlets chose to report the penumbral eclipse versus an actual cool celestial event, your guess is as good as mine! Perhaps you’ve learned your lesson on where you get your astronomy news!

This is a comet that seemingly came out of nowhere – even my superior observer wasn’t talking about this comet until July 3-4 at the earliest!