This article is a continuation of the Top 10 Astronomy Myths. If you feel like we missed a big one, check out the prior article first!

I hear this one all the time, “Oh I’ll bet the moon looks amazing in a telescope when it’s full.”

It’s best to view the Moon when it’s a crescent or “half” moon, as there are more shadows and features defined!

The Moon’s Phases Are Caused By the Earth’s Shadow

I’ve heard this being asked before by people visiting the Observatory, and I would personally like to know where they got that idea!

The Moon’s phases are caused by the Moon’s orbital position relative to Earth’s perspective. Remember that the Sun is what lights up the Moon. When the Moon is in front of us, it’s at an angle where only a sliver of sunlight is visible on the Moon’s surface. When it’s a half moon, it’s at a perfect 90 degree angle, and when it’s on the opposite side of Earth, then you see a full moon.

The only time the Moon is in Earth’s shadow is during a lunar eclipse!

This is one that the mother of yours truly still doesn’t understand despite my best efforts to explain!

The Moon’s rate of rotation matches the same rate of its orbit around Earth. We call this geosynchronous rotation, and it’s caused by the two objects pulling on each other by gravitational tides. Because the rate is a match, that is why the same face of the Moon always faces Earth.

In layman’s terms, the Moon does rotate, it just does it much slower – 672 hours vs Earth’s 24! If the Moon did not rotate, eventually we’d see the other side of the Moon!

The Moon Has a Dark Side That Never Receives Sunlight 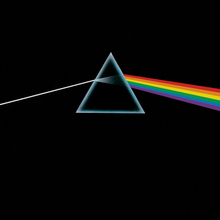 Well wait a minute, you just learned the Moon DOES in fact rotate. That means the other side of the Moon DOES receive Sunlight! Because a full rotation is completed in 28 days, that means each side gets two weeks of daylight followed by two weeks of night.

The main difference is the “Near side” always faces Earth while the “Far Side” never sees Earth. I’m sure when we start colonizing the Moon there will be a huge spike in real estate – “want a view of Earth from your front porch, well that’s gonna cost you extra!”

Having a Go-To Telescope Automatically Makes You an Expert

Yes, computerized Go-To telescopes are very handy, and make everything available at the push of a button.

But if your goal is to actually have a working knowledge of the sky, relying on Go-To will not help you! If your Go-To doesn’t point at the object you desire due to poor alignment or being off on the date, time, or location, and you don’t know where it’s supposed to be, then you’re screwed!

I learned the constellations, and I can find objects just fine without Go-To thanks to the use of setting circles, coordinates, and star maps of course .

If you have a Go-To but can’t locate objects without it, you may be a proficient telescope user, but a true stargazer you are not!

The Stars You See in the Sky Are Dead 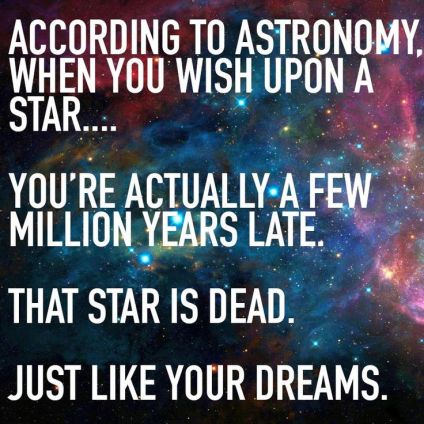 It is true that each star you look at is looking into the past. For example, if we are looking at a star that is 25 light years away, we are seeing that star as it was 25 years ago – the light began its journey 25 years prior and is just now reaching you!

Therefore, the stars you can see with the naked eye are not dead. The stars that CAN be already dead are those from distant galaxies billions of light years away!

Polaris Will Always Be The North Star

Believe it or not, Polaris’ location near the North celestial pole has not always been the same, and it will eventually stop having that role as a pole star.

This is due to Earth’s precession, which is comparable to watching a spinning gyroscope or a top, and seeing it wobble. The Earth in fact has a wobble to its spin, but it’s very slow, and repeats its cycle every 26,000 years.

During the time of Ancient Egypt, the pole star was Thuban, a star in the Draco Constellation. Polaris’ role as a pole star actually began shortly before the Middle Ages, and will have that role until after the 31st century AD.  After that, it’ll be another 20,000 years before Polaris becomes a pole star.

We Don’t Get Impacted Anymore 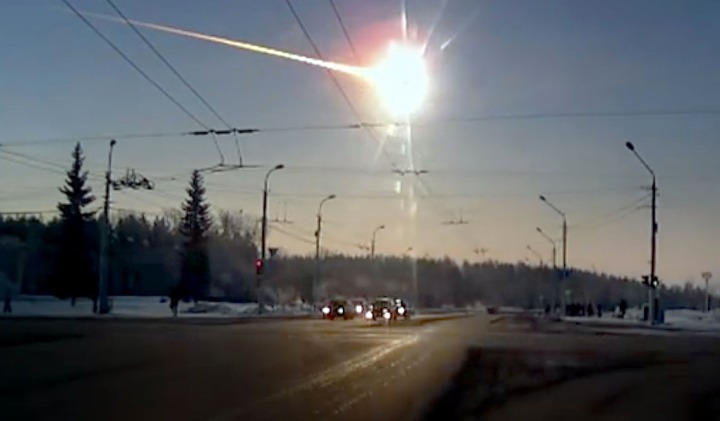 While Earth, and the rest of the solar system doesn’t get impacted at the levels and frequency as before, it still does get impacted!

In 1994, Jupiter was impacted by Shoemaker-Levy 9, a comet that broke apart two years prior due to Jupiter’s gravity and then swung back to impact the planet in 21 separate fragment collisions! Any ONE of them would have had serious effects on Earth!

In 2013, Chelyabinsk, Russia saw a small undetected asteroid explode 18 miles above the city. Many residents got hurt from seeing the bright flash and standing at the windows before the shock wave shattered the glass. The explosion had a yield of a 400-500 kiloton nuclear bomb… had that impacted, the entire city of over a million people would have been destroyed and the death toll would have been catastrophic!

A “Globe Earth” wasn’t introduced until the Modern Times

Flat Earth believers even today will tell you that a “round earth” is a modern conspiracy. That isn’t actually the case.

The ancient Greeks were among the first to figure this out, hundreds of years BC, long before the days of modern discovery that happened a few hundred years ago.  They noted the Earth’s round shadow on the Moon during a lunar eclipse, and saw distant ships disappear over the horizon. Aristotle noted how there were stars seen over Egypt that couldn’t be seen further north. Eratosthenes even used simple geometry to calculate the Earth’s circumference, and was 98% correct!

This knowledge survived into the Middle Ages, and spread its influence towards other civilizations including the Muslims and Chinese.

Mars Looks Amazing In a Telescope 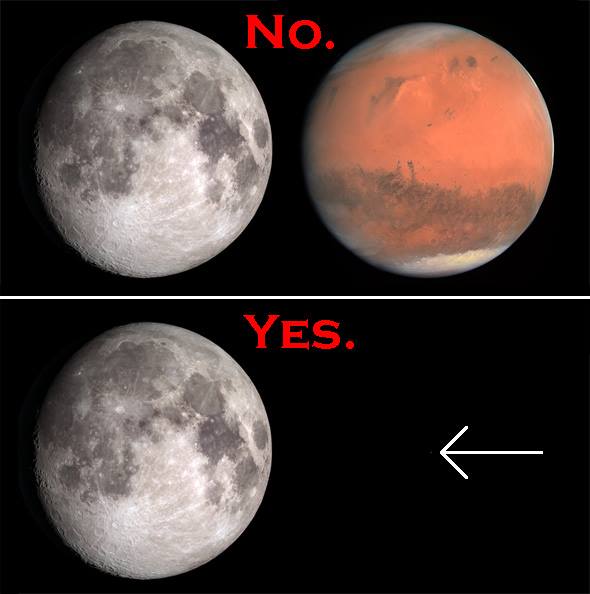 It’s quite funny in the case of Mars. Because it can appear bright when it’s close, it’s thought to look amazing in a telescope. I can’t tell you how many times we get asked to point our telescopes to Mars when it’s visible; if we’d rather show something else, then that’s saying something! Watching people get hyped up to see Mars only for them to look disappointed is not a fun sight!

Instead, it looks uninspiring for the most part. The expected red rust is replaced with a bright salmon color, and when the planet is too far away, even at high magnification it’s hard to see any detail.

If it’s close enough, you may catch the ice caps and some brown features at high magnification, but it’s not a common sight!